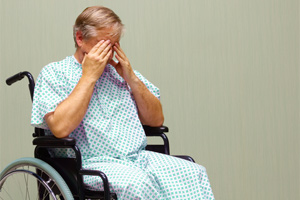 In a speech addressing elder abuse, US Attorney General Barr announced launch of a National Nursing Home Initiative.  The Attorney General pledged to “bring to justice” owners and operators of nursing homes “who put profits before patients.”

The Attorney General explained that he personally considers ending elder abuse a top priority and has made it one for the Department of Justice (DOJ).  Although the Attorney General spoke about “extremely unsettling” incidents and tried not to “get too graphic,” he sketched a sobering array of caregiver neglect and abandonment:

Suffice it to say, the department has encountered nursing homes where the residents are literally being eaten away by scabies, where patients are left with bed sores down to the bone, where prescribed medication is not being provided, and patients are left screaming in pain for hours on end.  We have found facilities unfit for living, plagued by filth, mold, insects, and rodents.

In response, the DOJ’s Elder Justice Initiative will join in a “strong partnership” with the US Department of Health and Human Services to “use every available tool to pursue nursing homes that provide grossly-substandard care to their residents.”  The Initiative already is investigating approximately 30 nursing homes across nine states.

Despite the problem he described, the Attorney General did not indict the entire nursing home industry.  He specifically acknowledged the “many terrific facilities out there being managed by wonderful people with dedicated staff.”

Caregiver neglect and abandonment is one of the five subtypes of elder abuse.  The others are:  physical abuse, psychological abuse, financial exploitation, and sexual abuse.

Antoinette Bacon serves as the National Elder Justice Coordinator for DOJ.  Ms. Bacon is a seasoned prosecutor who also serves as Associate Deputy Attorney General within DOJ. In addition, each of the 94 US Attorney’s Offices in the country has an Elder Justice Coordinator who focuses on elder issues.  The effort to stop elder fraud uses civil enforcement tools and well as community outreach and education.  DOJ established a National Elder Fraud Hotline at 1-833-FRAUD-11 (1-833-372-8311) to provide personalized support services to adults ages 60 and older.

The Attorney General also announced results of an international sweep against elder fraud that is discussed here in our Anticorruption blog.